Diversity, Equity, and Inclusion Welcoming All to Computing

ACM Panel Discussion - From Coded Bias to Algorithmic Fairness: How do we get there?

Registration is free and open to the public and provides keyed access to view the film any time before March 29. Register at: http://bit.ly/ACMCodedBiasPanel

For information about other related events and resources, please see https://tinyurl.com/clarksoncodedbias

Dame Wendy Hall, DBE, FRS, FREng is Regius Professor of Computer Science, Associate Vice President (International Engagement), and is an Executive Director of the Web Science Institute at the University of Southampton. With Sir Tim Berners-Lee and Sir Nigel Shadbolt she co-founded the Web Science Research Initiative in 2006 and is the Managing Director of the Web Science Trust, which has a global mission to support the development of research, education and thought leadership in Web Science. She became a Dame Commander of the British Empire in the 2009 UK New Year's Honours list and is a Fellow of the Royal Society. 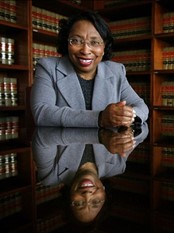 Hon. Bernice Donald is a Judge on the United States Court of Appeals for the Sixth Circuit. She was nominated to that position by President Barack Obama and was confirmed by a vote in the Senate on September 6, 2011. Prior to that, Judge Donald sat on the U.S. District Court for the Western District of Tennessee. She was appointed to the district court by President William Jefferson Clinton in December 1995. She was sworn into office in January 1996. She previously served as Judge of U.S. Bankruptcy Court for the Western District of Tennessee, becoming the first African American woman in the history of the United States to serve as a bankruptcy judge. In 1982, she was elected to the General Sessions Criminal Court, where she became the first African American woman to serve as a judge in the history of the State of Tennessee.

She received her law degree from the University of Memphis School of Law where she has served as an adjunct faculty member. She also serves as faculty for the Federal Judicial Center and the National Judicial College. She is extremely active in the American, Tennessee, and Memphis Bar Associations, serving in vital leadership roles in key committees. She currently serves as Secretary of the 430,000 member American Bar Association.

Judge Donald has served as President of the National Association of Women Judges and the Association of Women Attorneys. She has chaired the Memphis Diversity Institute and the Commission on Opportunities for Minorities in the legal profession. She has been the recipient of over 100 awards for professional, civic, and community activities, including the Distinguished Alumni Award from the University of Memphis, the Martin Luther King Community Service Award, and the Benjamin Hooks Award presented in 2002 by the Memphis Bar Foundation.

Latanya Sweeney is the Daniel Paul Professor of the Practice of Government and Technology at the Harvard Kennedy School and in the Harvard Faculty of Arts and Sciences, Editor-in-Chief of Technology Science, director and founder of the Data Privacy Lab, former Chief Technology Officer at the U.S. Federal Trade Commission and Distinguished Career Professor of Computer Science, Technology and Policy at Carnegie Mellon University, Latanya Sweeney has 3 patents, more than 100 academic publications, pioneered the field known as data privacy, launched the emerging area known as algorithmic fairness, and her work is explicitly cited in two U.S. regulations, including the U.S. federal medical privacy regulation (known as HIPAA). She is a recipient of the prestigious Louis D. Brandeis Privacy Award, the American Psychiatric Association's Privacy Advocacy Award, an elected fellow of the American College of Medical Informatics, and has testified before government bodies worldwide. She earned her PhD in computer science from MIT in 2001, being the first black woman to do so, and her undergraduate degree in computer science from Harvard University. Dr. Sweeney creates and uses technology to assess and solve societal, political and governance problems, and teaches others how to do the same. 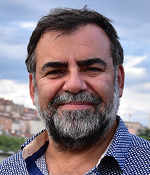 Ricardo Baeza-Yates is Research Professor at the Institute for Experiential AI of Northeastern University, and a part-time professor at Universitat Pompeu Fabra in Barcelona and Universidad de Chile in Santiago. He spent 10 years as VP of Research at Yahoo Labs, based in Barcelona, Spain and Sunnyvale, California, from 2006 to 2016. He is co-author of the best-seller Modern Information Retrieval textbook published in 1999 and 2011 (2nd ed), which won the ASIST 2012 Book of the Year award. He has served as an elected member of the Board of Governors of the IEEE Computer Society, and also an elected member of the ACM Council, and is a founding member of the Chilean Academy of Engineering. He is both an ACM Fellow and an IEEE Fellow, among other awards and distinctions. He obtained his Ph.D. in CS from the University of Waterloo, Canada, and his areas of expertise are web search and data mining, information retrieval, bias on AI, data science and algorithms.

Jeanna Matthews is a professor of computer science at Clarkson University and an affiliate at Data and Society. She has published work in a broad range of systems topics from virtualization and cloud computing to social media security and distributed file systems. She has been a four-time presenter at DEF CON on topics including security vulnerabilities in virtual environments (2015 and 2016), adversarial testing of criminal justice software (2018) and trolling (2018). She is an ACM Distinguished Speaker, a Fulbright Specialist, founding co-chair of the ACM Technology Policy Subcommittee on Artificial Intelligence and Algorithmic Accountability and a member of the ACM Technology Policy Committee. She has been a member of the ACM Council (2015-present), chair of the ACM Special Interest Group Governing Board ( 2016-2018), the chair of the ACM Special Interest Group on Operating Systems (SIGOPS) from 2011 to 2015 and the author of several popular books ("Computer Networking: Internet Protocols in Action" and "Running Xen: A Hands on Guide to the Art of Virtualization"). Her current work focuses on securing societal decision-making processes and supporting the rights of individuals in a world of automation. She received a 2018-2019 Brown Institute Magic Grant to research differences in DNA software programs used in the criminal justice system. Jeanna received her Ph.D. in Computer Science from the University of California at Berkeley in 1999, a B.S. in Mathematics and Computer Science from Ohio State University in 1994 and a B.A. in Spanish from the State University of New York at Potsdam in 2016.