Diversity in computing enriches our understanding of the field as well as the people working in it. During Hispanic Heritage Month this year, we are spotlighting several Hispanic computing professionals, whose academic excellence, engineering accomplishments, and long-term efforts to diversify the field make them inspiring role models for future generations of students, researchers, and practitioners. 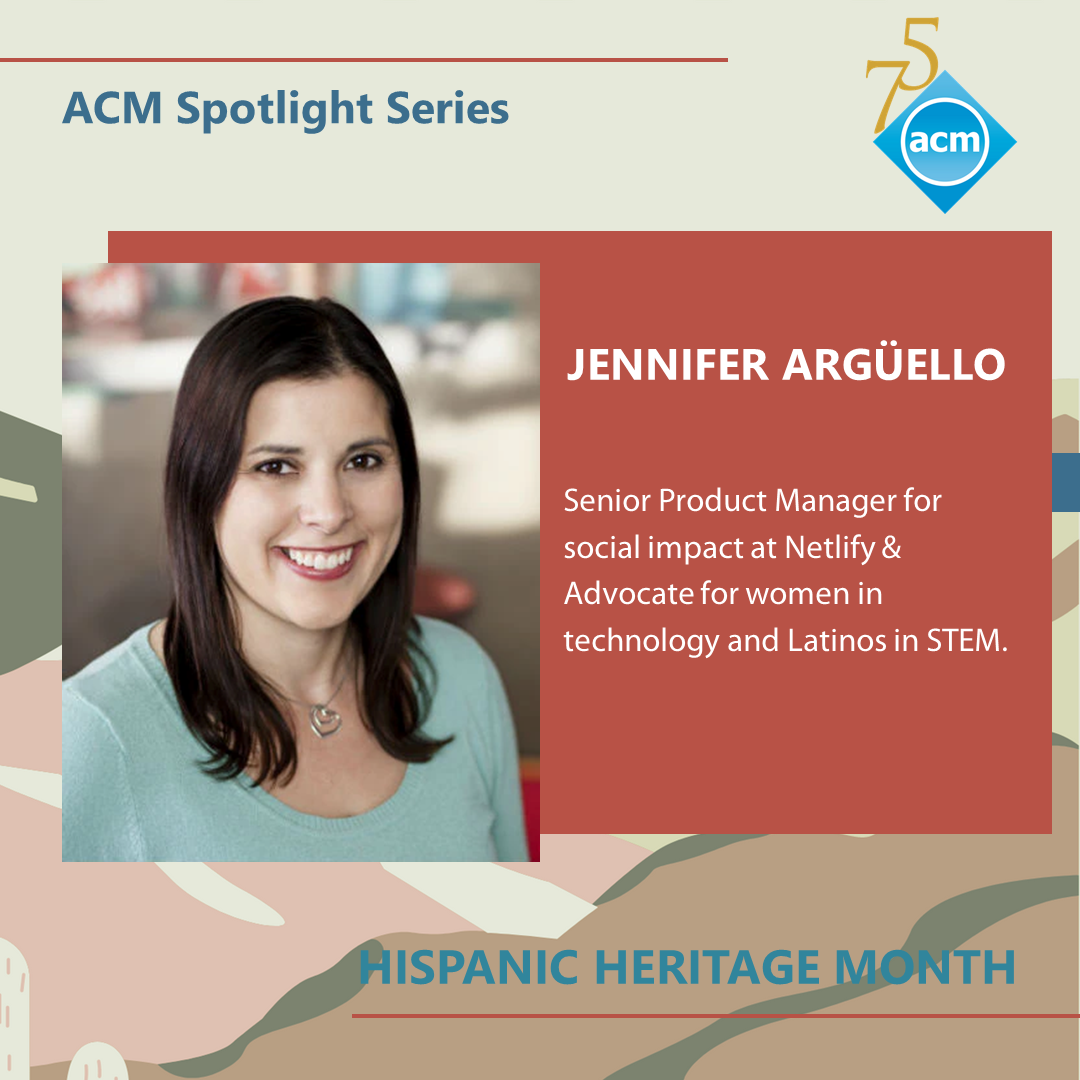 Jennifer Arguello is a Senior Product Manager at Netlify. She has been a leader in STEM-focused organizations such as the Society of Hispanic Professional Engineers and Latinas in Computing. Arguello serves as a Senior Tech Advisor for the Kapor Center, where she advises the organization on program design with a special emphasis on technical consideration and provides leadership in the national conversation around access for computer science education for under-represented youth. 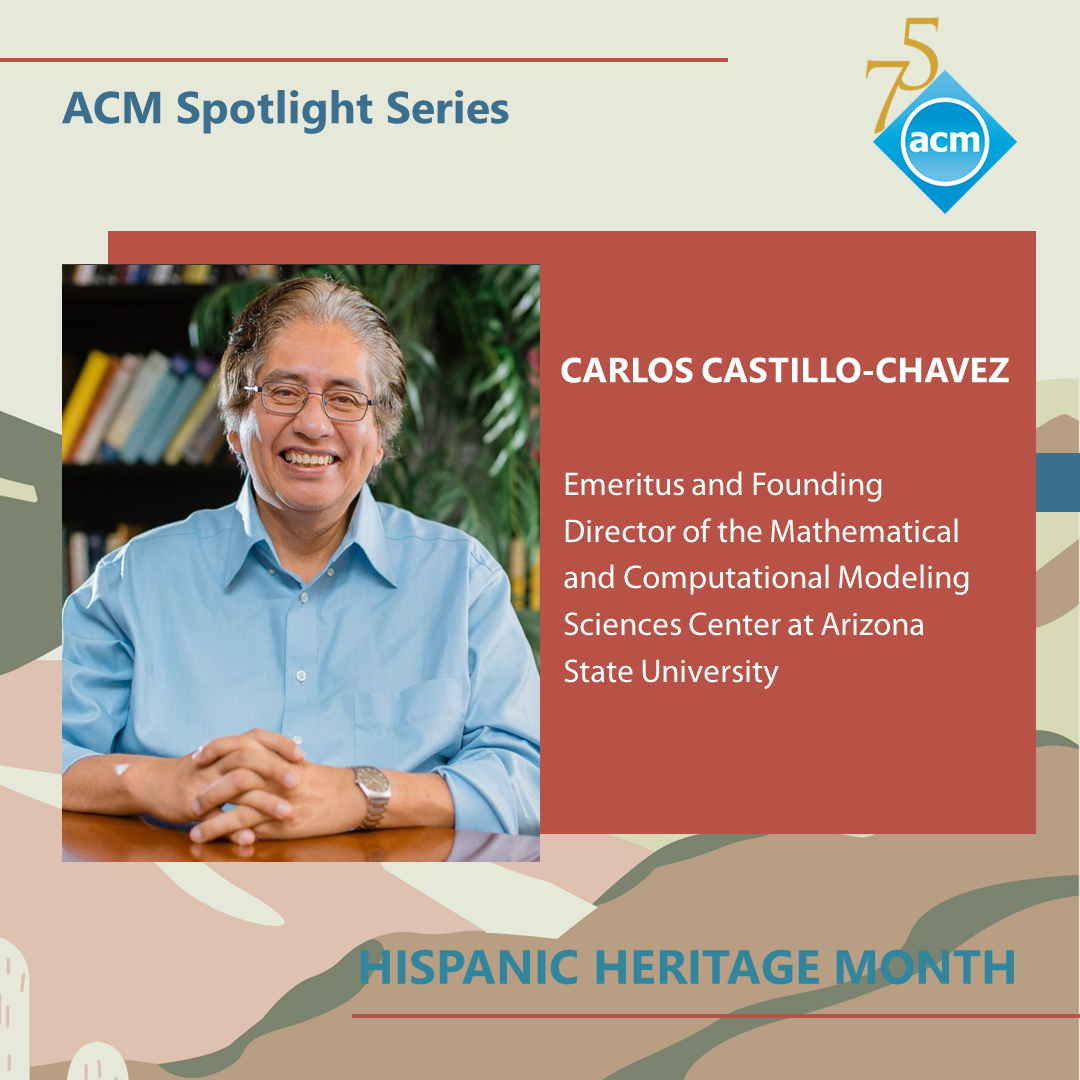 Carlos Castillo-Chavez is the Emeritus and Founding Director of the Mathematical and Computational Modeling Sciences Center at Arizona State University. He is one of the most prominent mathematicians in the US and an expert in epidemiological modeling. Castillo-Chavez has been a research co-mentor to over 500 undergraduates—most though the Mathematical and Theoretical Biology Institute or MTBI that he founded in 1996. 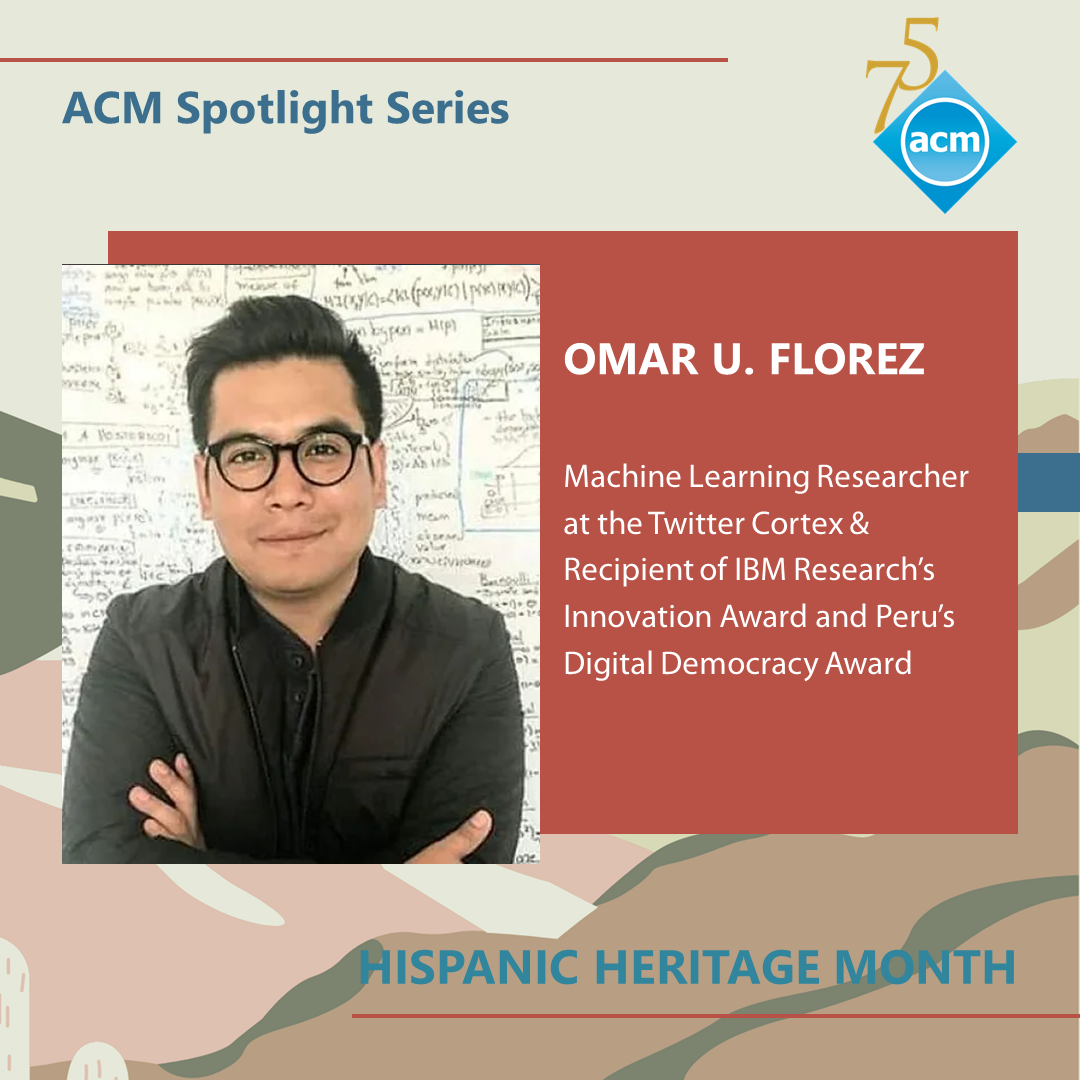 Omar U. Florez is an ML Researcher at Twitter Cortex, where he performs research on enabling natural conversations between humans and devices. He plays an active role in promoting diversity, equity, and inclusivity in the computing field, served as the Technical Panels & Workshops Deputy Chair of Tapia 2021, and is part of Latinx in AI, an organization that helps Latinos and Latinas from all over the world to attend top Machine Learning conferences. 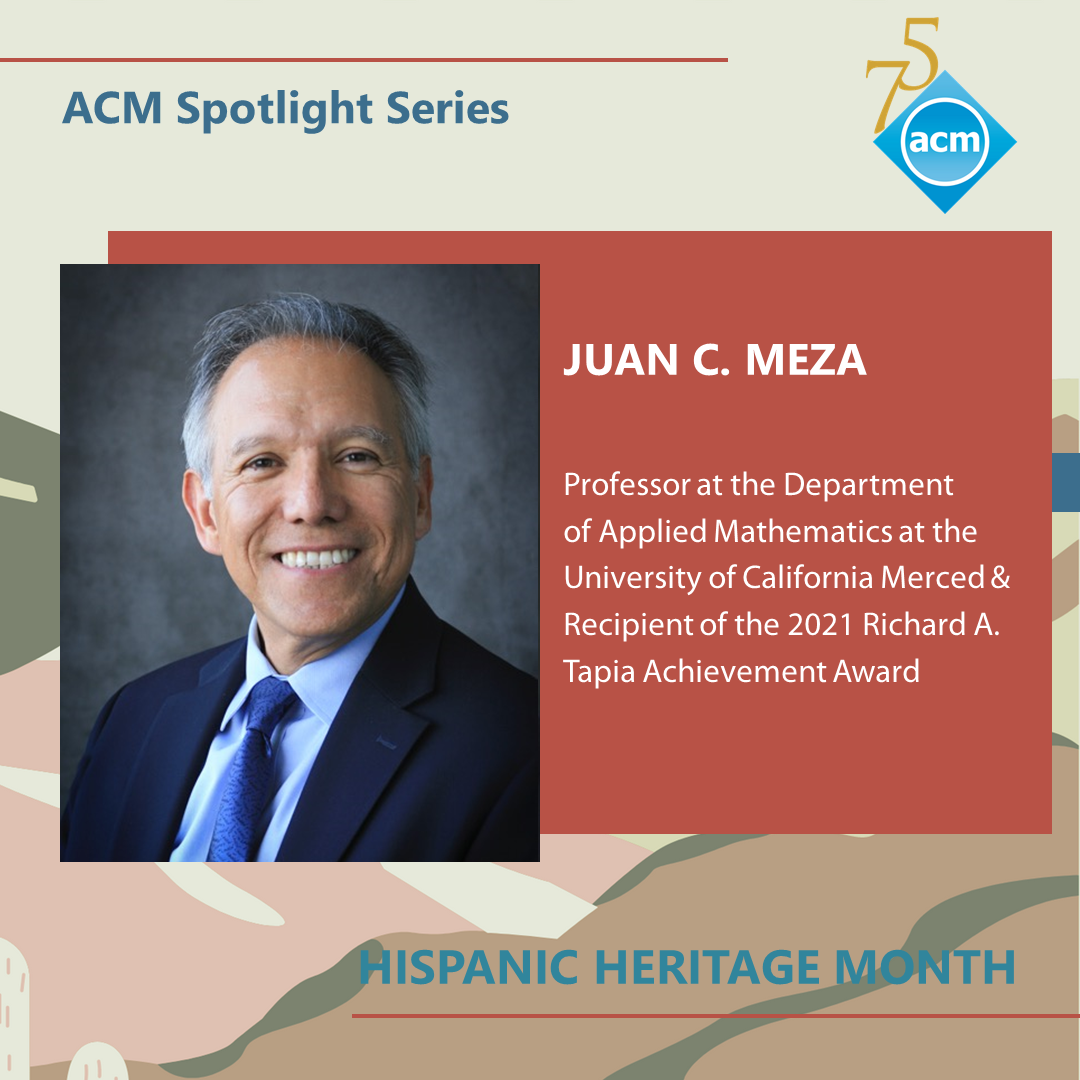 Juan Meza is a professor at UC Merced and the recipient of the 2022 Richard A. Tapia Award. As a researcher, Meza looks at the foundational math underlying real-world science problems to understand and predict how things behave. He has served on numerous federal advisory committees and was named an Association for Computing Machinery Distinguished Speaker in 2011. Throughout his career, Meza has contributed significantly to the community as a mentor and leader in applied mathematics. 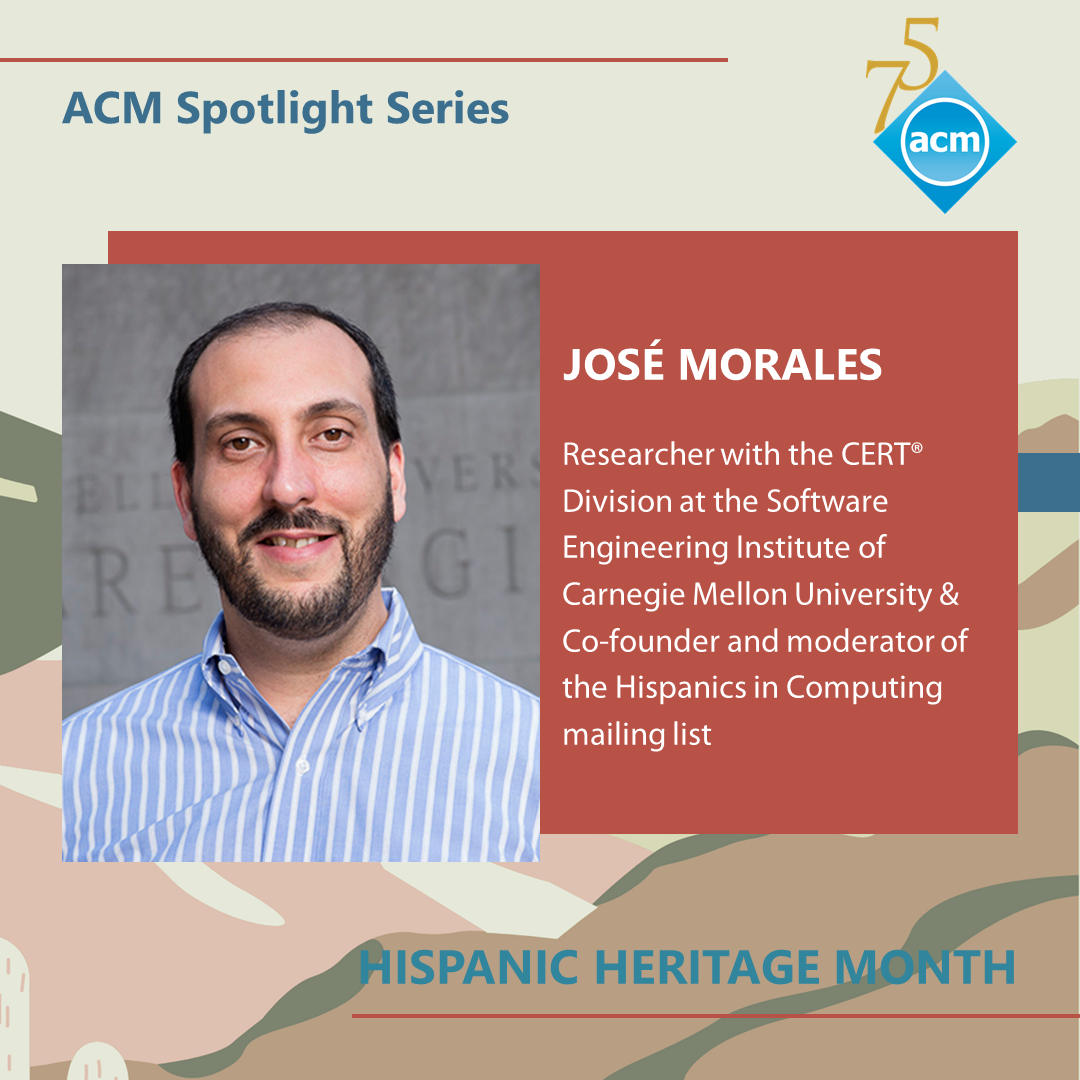 José Morales is a researcher at the Software Engineering Institute (SEI), a unit of Carnegie Mellon University. He has conducted research in cybersecurity since 1998 with a current focus on behavior-based malware analysis and detection, suspicion assessment theory and implementation, mobile malware, and malware distribution networks. A senior member of ACM and IEEE, Morales co-founded and moderated the Hispanics in Computing email list. 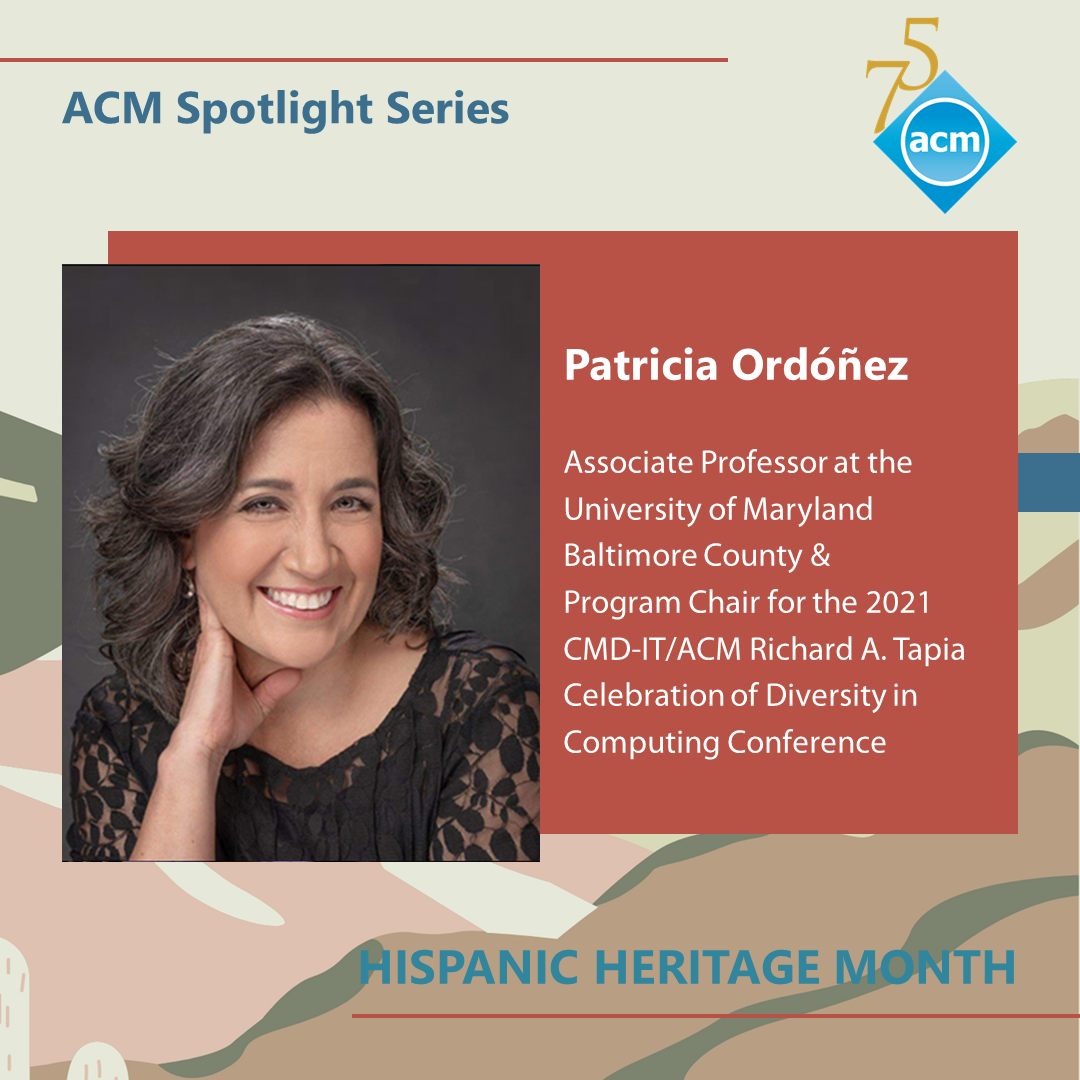 Patricia Ordóñez is an Associate Professor at University of Maryland Baltimore County. Her research focuses on applying visual analytics, data mining, machine learning, and human-computer interaction to medicine and assistive technologies. After having worked for many years as a math and Spanish K-12 teacher, she pursued her PhD in Computer Science. Ordóñez is passionate about diversifying the field of computer science and develops mentoring communities in K-12, undergraduate, and graduate educational settings. 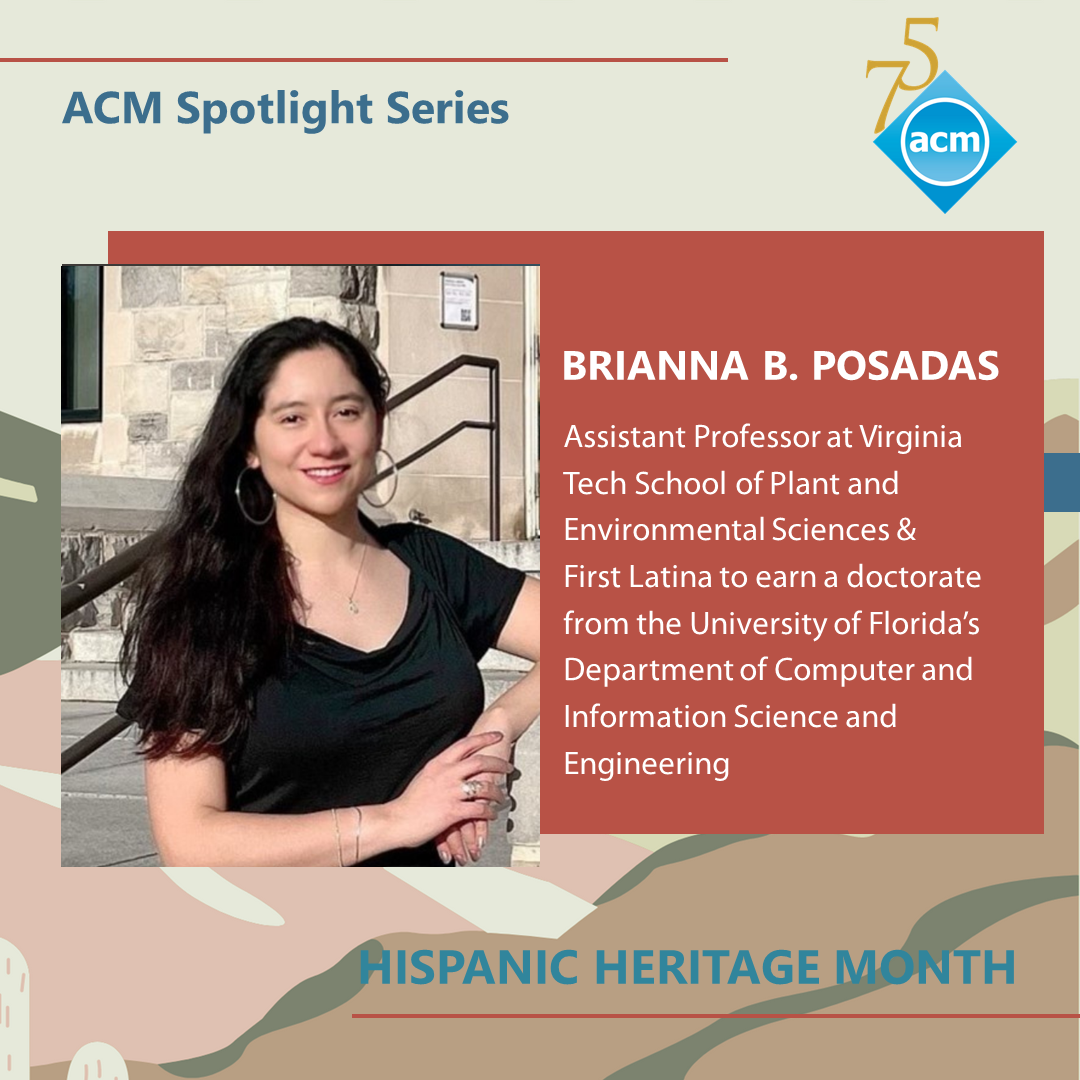 Brianna B. Posadas is an Assistant Professor at Virginia Tech. Posadas was the first Latina to earn a doctorate from the department of Computer and Information Science and Engineering at the University of Florida. Her research is focused on the intersection of agriculture, technology, and user-centered design. Posadas coordinates the yearly Hispanics in Computing meeting at the TAPIA Conference. 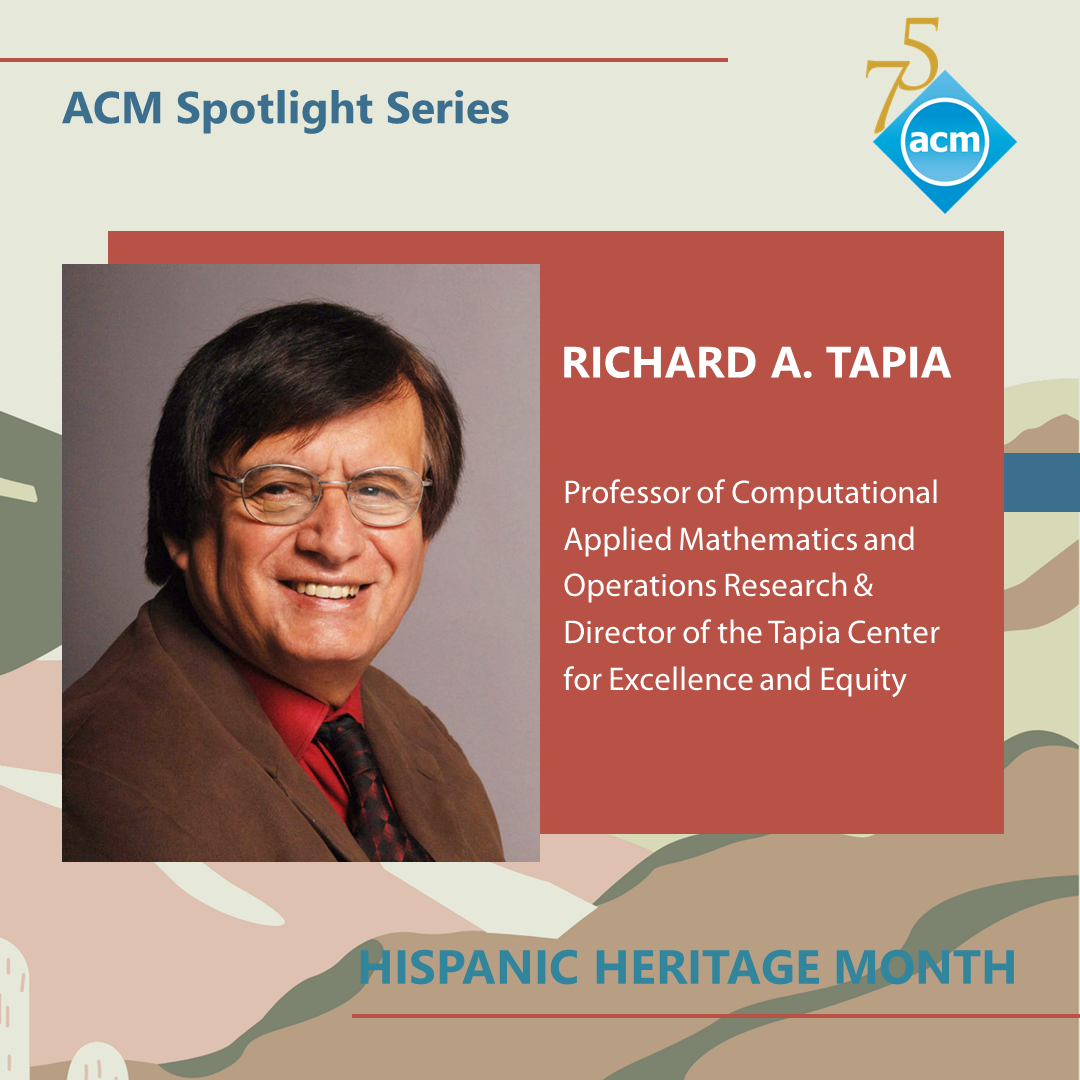 Born in Los Angeles to parents who emigrated from Mexico, Richard Tapia was the first in his family to attend college and the first Hispanic elected to the National Academy of Engineering. An internationally renowned computing researcher and mathematician, he is a national leader in diversity, having directed or co-directed more underrepresented minority and women doctoral recipients in science and engineering than anyone in the US. He has lent his name to the TAPIA Conference and the Richard A. Tapia Achievement Award for Scientific Scholarship, Civic Science, and Diversifying Computing. 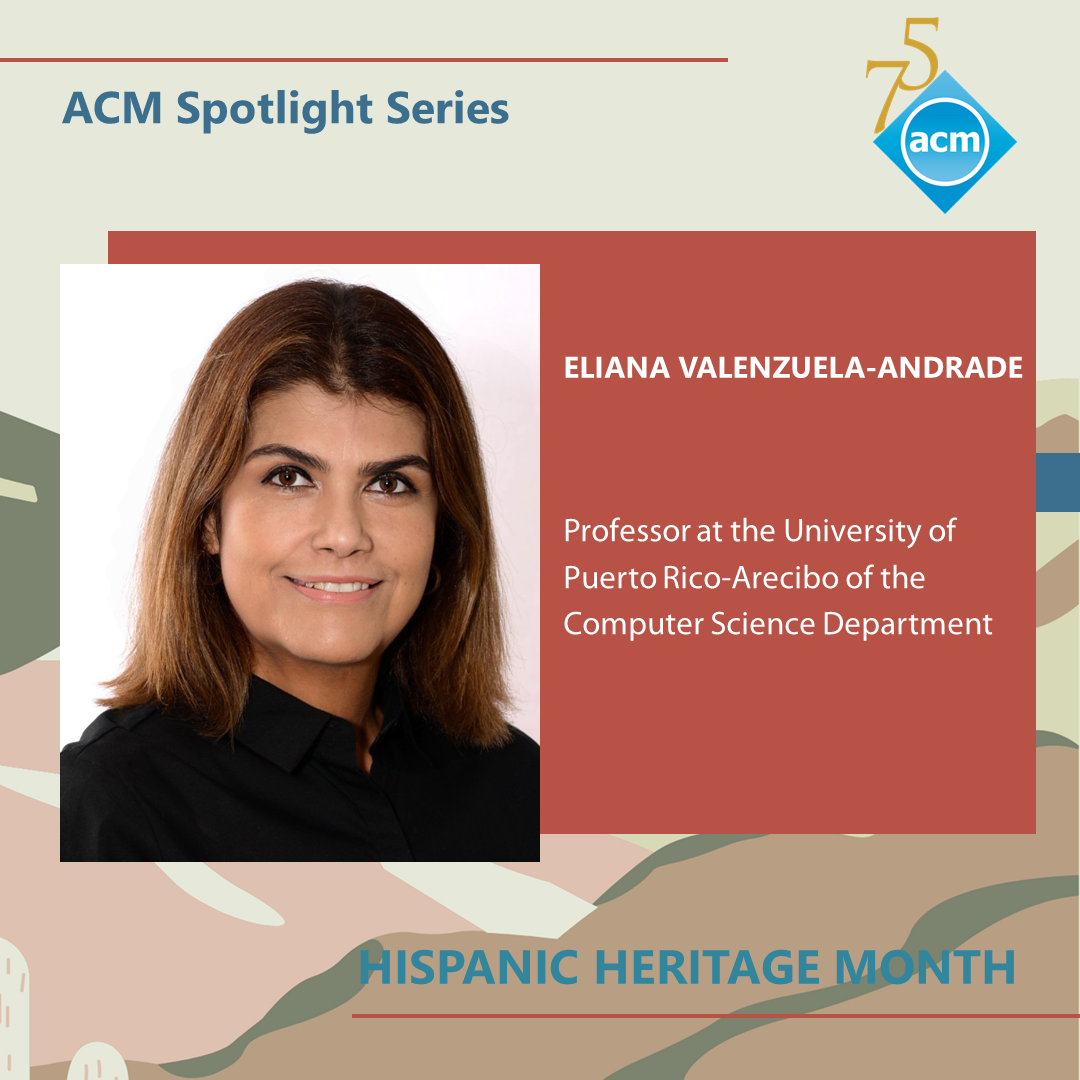 Eliana Valenzuela-Andrade is a faculty member at the Computer Sciences Department of the University of Puerto Rico at Arecibo. Her research interest lies in Database Management Systems, Datamining, and Educational Robotics. Valenzuela-Andrade also devotes her time to diversity conferences and organizations such as TAPIA, Latinas in Computing, and others. 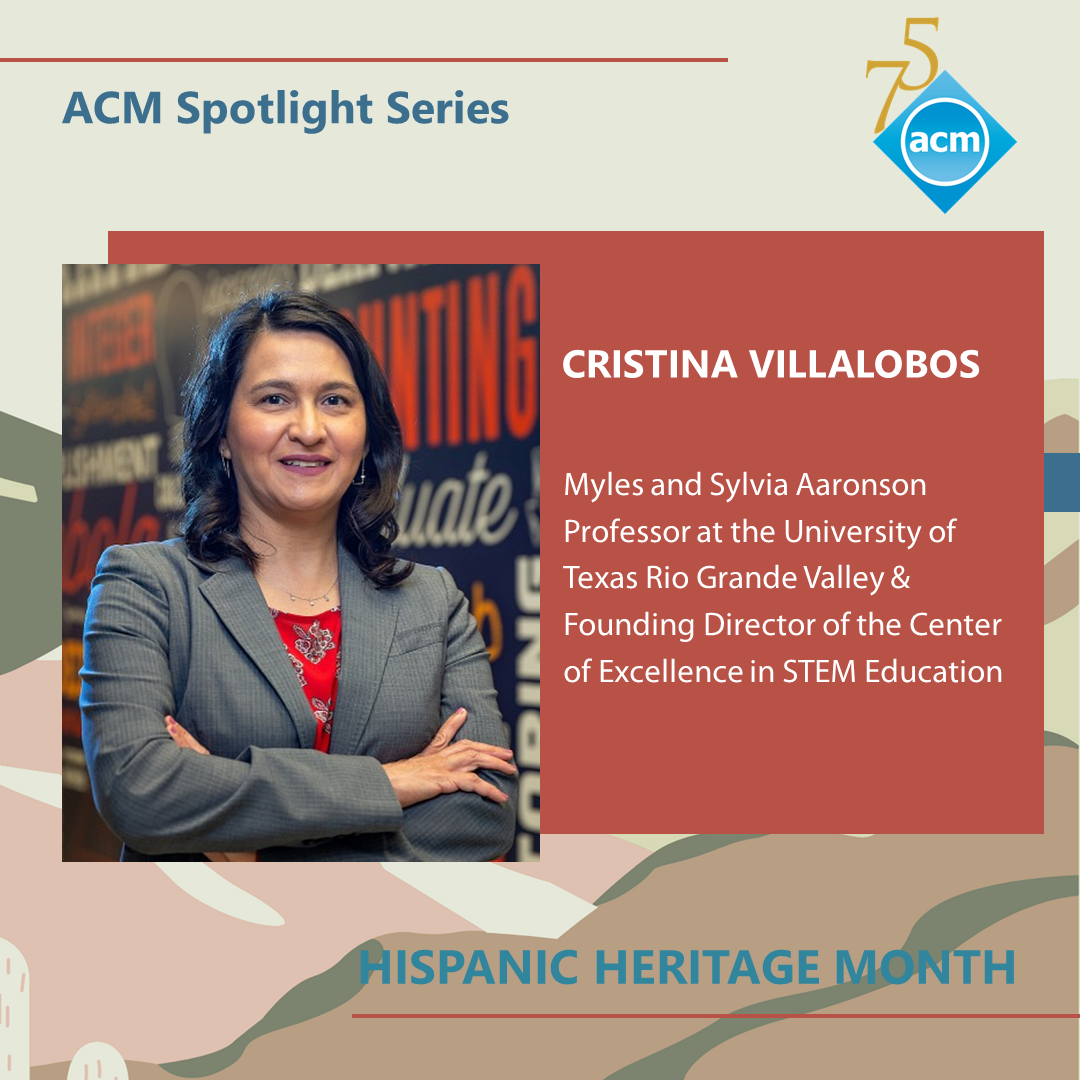 Cristina Villalobos is a Professor at the University of Texas Rio Grande Valley and the recipient of the 2019 Richard A. Tapia Achievement Award. She has significantly impacted different applications areas through her research in optimization. A leader in student mentoring, Villalobos has focused on increasing the number of underrepresented students attending STEM degrees.