ACM applauds US President Barack Obama's historic announcement of the Computer Science for All initiative. As the announcement states, computer science is a new basic skill necessary for economic opportunity and social mobility, and one that impacts every sector of our economy. It is crucial that it be taught in all schools, in the US and around the world.

ACM has played a major, seminal role in raising the visibility of computer science education and the need for more attention to it in schools. The ACM Education Policy Committee, founded in 2007, was one of the first organizations to focus on this topic and raise awareness of the issues among government officials. The historic 2010 report “Running on Empty: The Failure to Teach K-12 Computer Science in the Digital Age”, produced by ACM and the Computer Science Teachers Association, brought national recognition to and awareness of the paucity of computer science education in schools. The subsequent 2014 ACM report, “Rebooting the Pathway to Success: Preparing Students for Computing Workforce Needs in the United States”, further reinforced this issue and made important recommendations about paths forward. ACM also played a lead role in launching Computer Science Education Week which has become an annual international celebration of computer science education and now includes the hugely successful code.org Hour of Code. ACM also has partnered closely with code.org from its inception and provided key staff support to it during its crucial initial stages.

ACM is dedicated to continue to support the progress of computing education world-wide through its close relationship with and support of CSTA, its world-leading development of computing curricula, and its conferences and publications on computer science education. It looks forward to building on the increased momentum created by today’s announcement to partner with all groups that are dedicated to increasing the quality and availability of computing education worldwide.

The Every Student Succeeds Act is an important and historic step forward for K-12 education in the United States. The new law recognizes that computer science is a fundamental academic subject, along with reading and writing, vital to a “well-rounded” education in the 21st century. 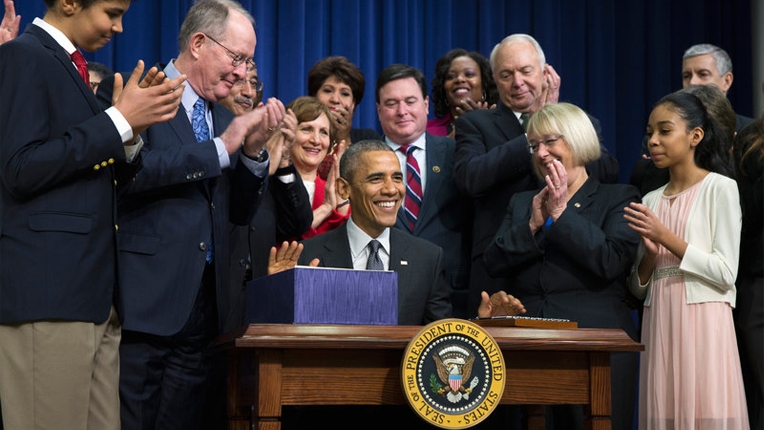