ACM Professional Members residing in Europe (in good standing as of 3 May 2021) are eligible to vote in this election. The voting site closes at 16:00 UTC on 18 June 2021.

The slate of candidates is listed below. Candidates are listed in random order. A pdf offering all candidate bios and statements in one document may be downloaded for printing, or you can click on the candidate’s name for his or her respective bio and statement. 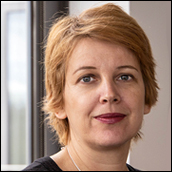 I am glad to have the opportunity to further assist ACM in Europe. If elected, I expect to contribute to ACM Europe via: 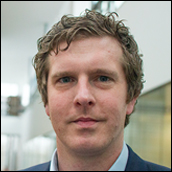 My academic interests are naturally interdisciplinary and sit at the research/policy/practice interface. Alongside my work in data science, intelligent systems, cyber security, and skills/infrastructure for the digital economy, I have been heavily involved in science/innovation/digital policy in the UK over the past ten years, as well as leading major STEM curriculum reform in Wales. Alongside non-executive board-level roles, I am also Editor-in-Chief of The Computer Journal.

I would be delighted to serve on the ACM Europe Council for a second term, building on my recent experience as Vice-Chair, as well as having been elected Member-at-Large of ACM Council. It is clear we continue to face significant social, culture and economic challenges; it is also clear that digital/data/computation have a major role to play to better understand and address some of these major challenges. I wish to continue to foster and support ACM activities in Europe, especially those focused around digital education/skills, as well as bringing together a diverse and trusted community of expert academics, practitioners and policymakers.

For further information about me, please see my blog: https://proftomcrick.com or you find me on Twitter: @ProfTomCrick. 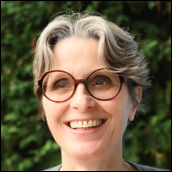 I am a board member of the ACM Europe Council since Autumn 2017 and serving as secretary/treasurer since 2019. If re-elected I look forward to continuing to contribute to the actions of ACM Europe. This includes developing synergistic ties between research and innovation within the computer science domain, and also between computer science and other disciplines. I am particularly interested in the development of computer science research and innovation in the interest of society. I also want to help foster diversity and early engagement (of women and students) by offering a community of like-minded people and a network of mentorship and support. Finally, as a true European believer, I want to promote the presence of European Research and Innovation worldwide and especially within ACM. 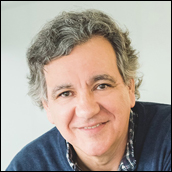 Academic Background:
PhD, The University of Texas at Austin, 1986, Computer Science and Engineering.

I would like to promote Europe's presence within ACM, including increased participation of European members and their views in ACM activities and policy, as well as promoting the recognition of European members by ACM. I would also like to help increase the collaborations of ACM with related scientific organizations in Europe and the Commission.

More generally, I would like to contribute to increasing the recognition and understanding by both policy makers and the public in general of the role of different areas of CS as vital enabling technologies for the modern world, in Europe and internationally. I strongly believe such understanding can help shed light on many areas of policy making.

An important component for achieving this goal is the presence of computer science subjects in general education. While good progress has been made in this area, I believe further impetus is needed that can only come from European-level policy. I have contributed before to these objectives in different roles at Informatics Europe and Spanish national and regional policy bodies and would like to continue work in this direction by pushing the "Informatics for All" agenda from the side of ACM Europe. 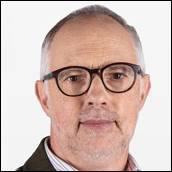 With my research background, significant organizational experience and professional service, including in ACM, IEEE and IFIP (Technical Committees, Special Interest and Working Groups), I want to put myself forward to support ACM in meeting and joining other computing and scientific organizations in Europe, to boost new activities. Over the years, I have encouraged colleagues to apply for Senior and Distinguished advanced ACM member grades and made many recommendations to this end. I believe there will be new opportunities to move forward after this pandemic, especially given the impact of the accelerated digitalization of meetings, networking and information, which we expect to continue as we return to the new normal. The new Horizon Europe research and innovation framework programme, running between 2021 and 2027 and the EuroHPC JU bring new challenges and opportunities. In the scope of the ACM Europe Council, I can offer my experience to shape European policies on computing science and engineering. Due to my experience at IST with gender balance efforts in STEM initiatives, I can also contribute to promoting diversity and inclusion of women in computer science and engineering. I am confident that my experience will help improve ACM’s activity and visibility in Europe. 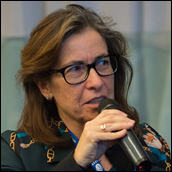 I am the manager of the Workflows and Distributed Computing research group at the Barcelona Supercomputing Center (BSC). I have been contributed to the research in Parallel programming models for multicore and distributed computing with contributions to task-based programming models during the last 15 years. My research group focuses on parallel task-based programming for distributed computing and its application to developing large heterogeneous workflows that combine HPC, Big Data, and Machine Learning. The group is also doing research on parallel machine learning. I have been very active in projects funded by the European Commission and in contracts with industry.

I would like to contribute to ACM Europe Council by expanding the presence of Europe within ACM and by promoting European candidates in ACM bodies and grades. I would also like to contribute to increasing women's visibility in CS and IT technology, which is under-represented. Besides, I would like to support the organization of relevant ACM Computer Sciences conferences in Europe. 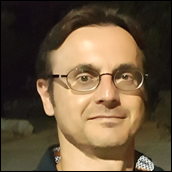 I am excited to bring experience and energy to this cause. Two main goals: to increase the ACM Europe Council importance and reputation, within ACM and beyond; to best serve European computing professionals, students, researchers, and teachers through Council activities. I plan to work on: 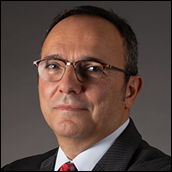 If reelected to the ACM Europe Council, I will continue working on ACM having a larger footprint in Europe and on Europeans being more prominently involved in ACM bodies. In the same formal spirit followed for technology policy, I would like to upgrade, escalate, and/or accelerate our European efforts in serving members on each “triangle of knowledge” node (research-innovation-education).

Being interested in scholarly communication and the research lifecycle, I would like to help ensure that last year’s decision for a completely open access ACM is implemented successfully. Also, being a national delegate and a vice-chair of ESFRI (European Strategy Forum on Research Infrastructures), and the coordinator of several European data infrastructures, I want to increase ACM’s role in shaping all interdisciplinary areas with computing at their foundation.

Additionally, to inspire young people to follow a career in computing, I want to intensify ACM Europe’s efforts on informatics education and on catalyzing the inclusion of computing and algorithmic thinking as a basic curriculum strand right from the beginning of schooling in Europe and globally. Finally, after organizing four ACM Europe Summer Schools, I want to help establish a formal diverse program of such Schools. 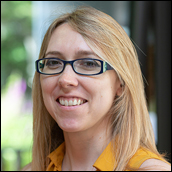 My work is highly interdisciplinary and deeply human centric, examining the societal impacts of computing technologies to inform policy that maximises computing’s contribution to human thriving. Though still an early career researcher, I am a leading scholar in two key areas of broad European importance, namely public trust in AI and the climate impacts of computing. Both of these issues require governance, and ACM is well placed to facilitate collective dialogue on practical challenges entailed therein. My first aim is for the Europe Council to show leadership on climate, e.g. hosting a Computing Climate Summit to advance a plan for reducing ICT’s carbon footprint in line with the Paris Agreement.

Growing the ranks of committed, young ACM members is essential to ACM continuing to do good work. As a member of the Europe Council I plan to lead student-oriented initiatives including: 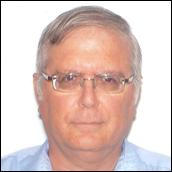 Recently, we have witnessed certain disturbing developments, reflecting a decreasing interest of some universities in basic research in the areas of theoretical computer science and pure mathematics. I believe the ACM should voice its firm opposition to such trends and take steps towards increasing the awareness of both opinion leaders and the public in general to the significance, potential and long-term influence of fundamental research across all sciences in general, and in Computer Science and Math in particular.

Two additional goals that I will strive to promote are strengthening partnerships and collaborations between European CS researchers and their colleagues throughout the globe and encouraging increased women participation in computer science research and education.