Last year's pandemic-prompted lockdown disrupted institutions of every kind, none more profoundly than schools, and vaulted many commercial technologies already in use to prominence. While online meeting software like Zoom took center stage, a host of remote testing administration (RTA) products also were perhaps less noticeably deployed by educators to proctor tests at almost every grade level more than ever before. As widely reported, however, profound issues of these systems' accuracy, security, and fundamental fairness to less-advantaged students rapidly surfaced and have yet to be resolved. Don't miss this timely, deep dive discussion into these and other related concerns raised by RTAs, and what their future will or should be, with a stellar panel of USTPC and outside experts. 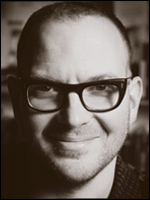 Cory Doctorow is a USTPC member, science fiction novelist, journalist and technology activist. He is a contributor to many magazines, websites and newspapers. He is a special consultant to the Electronic Frontier Foundation, a nonprofit civil liberties group that defends freedom in technology law, policy, standards and treaties. He holds an honorary doctorate in computer science from the Open University (UK), where he is a Visiting Professor; he is also a MIT Media Lab Research Affiliate and a Visiting Professor of Practice at the University of North Carolina’s School of Library and Information Science. In 2007, he served as the Fulbright Chair at the Annenberg Center for Public Diplomacy at the University of Southern California. In 2020, he was inducted into the Canadian Science Fiction and Fantasy Hall of Fame.

His novels have been translated into dozens of languages and are published by Tor Books, Head of Zeus (UK), Titan Books (UK) and HarperCollins (UK). He has won the Locus, Prometheus, Copper Cylinder, White Pine and Sunburst Awards, and been nominated for the Hugo, Nebula and British Science Fiction Awards.

Doctorow also cofounded the open source peer-to-peer software company OpenCola, and serves on the boards and advisory boards of the Participatory Culture Foundation, the Clarion Foundation, the Open Technology Fund and the Metabrainz Foundation. He maintains a daily blog at Pluralistic.net. 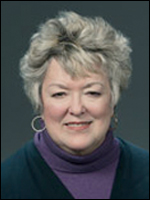 Barbara Endicott-Popovsky is the Executive Director of the Center for Information Assurance and Cybersecurity (CIAC) at the University of Washington, designated by NSA/DHS as both a Center of Academic Excellence in Cyber Defense Education and Research, headquartered at University of Washington Bothell. She is a Principal Research Scientist at UW’s Applied Physics Lab, a Navy UARC. Additionally, she holds an Affiliate Professor’s appointment at UW Bothell’s Department of Computer Science and Systems and UW Seattle’s Department of Urban Planning and Management for the Master of Infrastructure Planning and Management, and a faculty appointment at University of Hawaii Manoa’s Department of Information and Computer Science. She was named Department Fellow at Aberyswyth University Wales (2012). Her academic career follows a 20-year career with Boeing marked by executive and consulting positions in IT architecture and project management. 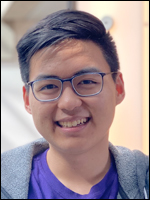 Christopher Kang is a USTPC member and was the lead drafter of the Committee’s recent RTA Statement. He is a Senior at the University of Washington double majoring in Computer Science and Economics. His research interests are focused in two areas: co-designing quantum algorithms with hardware and general theory research into quantum algorithms. Beyond that research, he’s also interested in the macroeconomics of inequality and technology policy. 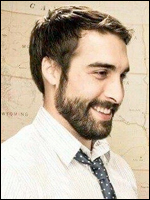 Cody Venzke is a Policy Counsel for the Center for Democracy & Technology’s Equity in Civic Technology Project, where he works to ensure that education agencies and other civic institutions use technology responsibly and equitably while protecting the privacy and civil rights of individuals. He is a contributor to the California Lawyers Association’s treatise on the California Consumer Privacy Act, including on the right to opt out and compliance with recordkeeping and training requirements.

Prior to joining CDT, Venzke served as an Attorney Advisor at the Federal Communica­tions Commission and clerked for the Honorable Julio M. Fuentes on the Third Circuit and the Honorable Jan E. DuBois in the Eastern District of Pennsylvania. Vanzke also worked on the litigation team of an international law firm, where he served clients in emerging technol­­ogies such as clean energy, medicine, and media. In his pro bono work, he has represented tenants in eviction actions, assisted applicants under the U visa program, and supported litigation to ensure criminal defendants receive adequate representation under the Fifth Amendment. Prior to starting his law career, he taught Mathematics at a large public high school in Houston, Texas through Teach for America. He is a graduate of St. Olaf College and Stanford Law School and grew up in rural Iowa. 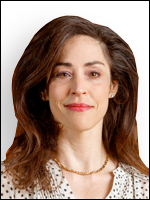 Elana Zeide teaches, researches, and writes about privacy and the legal, policy, and ethical implications of data-driven systems and artificial intelligence. She is an Assistant Professor at the University of Nebraska-Lincoln and part of its new interdisciplinary Nebraska Governance and Technology Center. Her work focuses on the modern-day permanent record and how new learning, hiring, and workplace technologies impact education and access to opportunity. Recent articles include "Student Privacy in the Age of Big Data," "The Structural Consequences of Big Data-Driven Education," and "Algorithms Make Lousy Fortune Tellers."

Zeide previously served as a PULSE Fellow in Artificial Intelligence, Law and Policy at UCLA's School of Law, a Visiting Assistant Professor at Seton Hall University’s School of Law, an Associate Research fellow at Princeton University’s Center for Information Technology Policy, a Visiting Fellow at Yale School of Law’s Information Society Project, and a Microsoft Research Fellow at New York University's Information Law Institute. She is also an affiliate at Data & Society Research Institute and at the University of Colorado-Boulder’s Silicon Flatirons and serves on advisory boards for The Future of Privacy Forum, Macmillan Learning’s Impact Research Advisory Council, and Blackboard’s Taskforce to Develop Framework and Standards for the Ethical and Legal Use of Artificial Intelligence in Higher Education.

Zeide received her BA in American Studies from Yale University, her MFA from Columbia University, and her JD and LL.M from New York University School of Law, where she was a Notes Editor of the New York University Law Review. Zeide worked as a Litigation Associate at Cravath, Swaine & Moore and a Legal Analyst at Bloomberg Media before opening her own privacy, media, and platform law practice. Prior to becoming an attorney, Zeide was a journalist and pop culture columnist in London and New York.

A. Dua, "Using Human Intervention and Technology to Secure Test-Taking," Forbes (May 4, 2021)

For news of upcoming HotTopics programs follow @ACMpolicy and @USTPC on Twitter. Miss prior HotTopics? Catch them all here on demand.