Election Day 2020 may be behind us, but whether and how to change US law and policy to require communications platform operators like Facebook and Twitter to more actively regulate what their users can post online, and what kind of speech they may or may not limit, will be front and center in the next Congress and Administration.

For decades, platforms’ responsibility—and legal liability—has been governed by Section 230 of the Communications Decency Act. On Wednesday, November 18 from 5:00 to 6:30 PM EST, experts from ACM’s US Technology Policy Committee (USTPC) discissed this key law and participate in a deep-dive discussion of how courts have interpreted Section 230, why policymakers are calling for its repeal or amendment, and what effect the President’s May 28, 2020 Executive Order concerning social media platforms may have.

Moderator, panelists and their topics for "Section 230: The Origins and Future of Online Content Control and Liability in the US":

BACKGROUND
What is Section 230? (excerpted from Business Insider, May 29, 2020):
Section 230 is part of the Communications Decency Act of 1996, and its advocates have called it "the most important law protecting internet speech." It includes a variety of guidelines for regulation of "interactive computer services," which, today, includes social-media companies like Twitter and Facebook.

The section, which has been described as "the 26 words that created the internet," says that "no provider or user of an interactive computer service shall be treated as the publisher or speaker of any information provided by another information content provider."

This essentially allows sites like Twitter and Facebook to avoid being regulated as publishers, protecting them from being held liable for illegal posts (with some exceptions). Whereas a newspaper would be held liable for the content it produces and publishes, social-media companies are able to distance themselves from the content posted by people onto their platforms.

The section also gives social-media sites the ability to regulate content, such as hate speech, on their platforms: "No provider or user of an interactive computer service... shall be held liable on account of any action voluntarily taken in good faith to restrict access to or availability of material that the provider or user considers to be obscene, lewd, lascivious, filthy, excessively violent, harassing, or otherwise objectionable, whether or not such material is constitutionally protected."

This specific text protects social-media sites against claims from people who say the First Amendment gives them the power to post whatever they'd like, as long as it's not illegal, without it being taken down.

While sites like Twitter and Facebook have been hesitant to regulate speech on their platforms, they have removed or flagged content if it explicitly violates their policies, such as policies against inciting violence. For example, Twitter's rules ban hate speech but such speech is allowed generally by the First Amendment.

Participant bios
Andrew Grosso (Moderator), Chair of USTPC’s Law Subcommittee, is a former Assistant US Attorney who started his law practice in Washington, DC in 1994. He is a graduate of the law school of the University of Notre Dame, and holds Master of Science degrees in both physics and computer science from Rensselaer Polytechnic Institute. As an Assistant US Attorney, he served from 1983 through 1994 in Tampa, in the Middle District of Florida, and in Boston, in the District of Massachusetts, concentrating in the criminal prosecution of government program fraud. He founded the Department of Justice’s first health care fraud task force, and was a founding member of the Department’s national Health Care Fraud Working Group. Grosso’s practice includes the prosecution of False Claim Act whistleblower or “qui tam” cases; high-tech commercial litigation; corporate compliance matters and internal investigations; internet and privacy law; and cybersecurity and cyber litigation. He has acted as counsel to the Massachusetts Institute of Technology and co-authored the resulting “Report to the President: MIT and the Prosecution of Aaron Swartz.” Grosso has served on the Council for the American Bar Association’s (ABA) Criminal Justice Section; has chaired that Section’s Committee on Science, Technology and Forensics; and has been a member of the Committee for the International Freedom for Scientists for the American Physical Society (APS). He has been a member of the national policy committee of the Association for Computing Machinery (ACM) since 1996. He also twice chaired the ABA’s National Institute for CyberLaw.

Mark Rasch has more than 30 years of experience in cybersecurity and data privacy, including within the US Department of Justice, where he created the DOJ Computer Crime Unit and Cyber-Forensics practice and prosecuted many early hacker cases. Currently of counsel to the law firm of Kohrman, Jackson, Krantz, Mark’s experience includes advising Fortune 100 companies on international cybersecurity and privacy compliance issues, data breach management, cloud security, The Internet of things (IoT) and AI and machine learning. Additionally, he is regularly called upon to help entities in the financial services, healthcare, entertainment, retail and manufacturing sectors. Mark has distinguished himself as a thought leader in the cybersecurity and data privacy space, having authored more than 1,200 articles and books on the topic. He is a frequent commentator in the media, providing insight on internet-related issues to outlets including CNN, NBC, BBC, Fox News, CBC, ABC, the Wall Street Journal, the New York Times and more. Mark has also developed and taught courses in law, cybersecurity, cyber-forensics, digital investigation, data compliance, incident response, privacy and media law at various academic institutions across the country, including Harvard Law School, George Washington University law school and school of engineering, University of Maryland, Massachusetts Institute of Technology, American University law school and school of public policy, Georgetown University, James Madison University, Stanford University and George Mason University.

Pamela Samuelson is the Richard M. Sherman Distinguished Professor of Law and Information at the University of California, Berkeley. She is recognized as a pioneer in digital copyright law, intellectual property, cyberlaw and information policy. Since 1996, she has held a joint appointment at Berkeley Law School and UC Berkeley’s School of Information. Samuelson is a director of the internationally renowned Berkeley Center for Law & Technology. She is co-founder and Chair of the board of Authors Alliance, a nonprofit organization that promotes the public interest in access to knowledge. She also serves on the board of directors of the Electronic Frontier Foundation, as well as on the advisory boards for the Electronic Privacy Information Center, the Center for Democracy & Technology, Public Knowledge, and the Berkeley Center for New Media. Samuelson has written and published extensively in the areas of copyright, software protection and cyberlaw. Since 1990, Samuelson has been a contributing editor of Communications of the ACM, for which she has written more than seventy “Legally Speaking” columns. From 1997 through 2002, Samuelson was a fellow of the John D. & Catherine T. MacArthur Foundation. She is also a Fellow of the Association of Computing Machinery. The Anita Borg Institute honored Samuelson with its Women of Vision Award for Social Impact in 2005, and the public interest organization Public Knowledge awarded her its IP3 Award for her contributions to Internet law and policy in October 2010.

Daniel J. Weitzner, Chair of USTPC’s Digital Governance Subcommittee, is the Founding Director of the MIT Internet Policy Research Initiative and holds the 3Com Founders Principal Research Scientist named position at the MIT Computer Science and Artificial Intelligence Lab. He teaches internet public policy in MIT’s Electrical Engineering and Computer Science Department. Weitzner was United States Deputy Chief Technology Officer for Internet Policy in the Obama White House where he led initiatives on privacy, cybersecurity, copyright, and digital trade policies promoting the free flow of information. He was responsible for that Administration’s Consumer Privacy Bill of Rights and the OECD Internet Policy-making Principles. Weitzner has been a leader in internet public policy from its inception, making fundamental contributions to the successful fight for strong online free expression protection in the United States Supreme Court, opposing technologically unwise regulation of encryption technology, and for laws that protect the privacy of email and web browsing data against government surveillance. Weitzner is a founder of the Center for Democracy and Technology, led the World Wide Web Consortium’s public policy activities, and was Deputy Policy Director of the Electronic Frontier Foundation. He was named as a Fellow of the National Academy of Public Administration (2019), was awarded the Electronic Frontier Foundation Pioneer Award (2016), is recipient of the International Association of Privacy Professionals Leadership Award (2013), and is member of the Council on Foreign Relations and a Senior Fellow at the German Marshall Fund. Weitzner has a law degree from Buffalo Law School, and a BA in Philosophy from Swarthmore College.

ACM's US Technology Policy Committee filed a friend of the court brief with the US Supreme Court in the landmark case of Van Buren v. United States—the first time it has reviewed the Computer Fraud and Abuse Act, a 1986 law that was originally intended to punish hacking. USTPC notes that the questions posed in this case have broad implications for data and computing scientists, as well as other professionals who use the internet and computing technology, particularly to access information posted online. 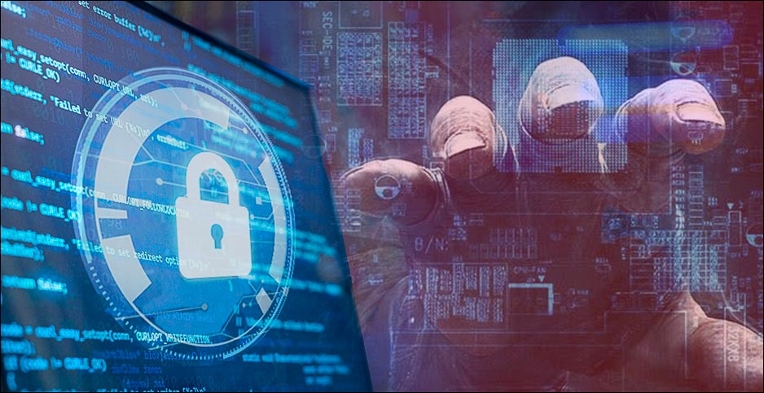