Updated and Approved by the ACM Publications Board, June 19, 2019

This policy outlines a Conflict of Interest (COI) policy for ACM Publications. It describes what a COI is, who is responsible for being aware of such conflicts, how to manage COIs, and how to report violations.

Conflicts of Interest in publication are to be avoided because they raise questions about the quality, impartiality, and accuracy of published items, even when the parties involved believe they have been fair and impartial. Sometimes, a conflict will lead to an unconscious bias that can influence decisions, even if the parties involved believed they are objective. Thus, a credible COI policy cannot rely solely on individuals to make their own COI self-determinations.

Avoiding a COI means avoiding circumstances that would lead to a reasonable person believing there might be some biased processes or results. The exact definitions of "reasonable" and "biased" are nuanced and context-dependent, and as a result cannot be completely framed, so this policy provides guidance on their interpretation in specific instances related to ACM Publications. In general, when determining what to do, the advice is to:

This document provides specific guidelines for common instances with the goal of assisting in the process of identifying and resolving potential Conflicts of Interest. It also describes how the policy can be augmented, and how exceptions may be approved.

It is in the interest of all professionals - especially ACM members - to uphold the highest standards of professional, ethical behavior. Thus, this Policy is directly related to the ACM Code of Ethics. Violations of this policy will be referred to one or both of the ACM Publications Board (via the Committee on Ethics and Plagiarism) and the ACM Committee on Professional Ethics (COPE).

ACM is a major publisher of scholarly and technological materials, some of which are peer-reviewed. These materials include journals, magazines, online materials, collections of data, conference and workshop proceedings, awards, images and movies, and other content of professional interest. It is essential that these materials are accurate and issued based on merit and published criteria, without a perception of improper influence. (Cf. ACM Code of Ethicsa>, especially 1.3, "Be honest and trustworthy;" 1.4, "Be fair and take action not to discriminate:" 1.5, "Respect the work required to produce new ideas, inventions, creative works, and computing artifacts;" 2.2, "Maintain high standards of professional competence, conduct, and ethical practice;" 2.3, "Know and respect existing rules pertaining to professional work;" and 2.4, “Accept and provide appropriate professional review.")

This ACM Policy on Conflict of Interest in Publication always applies to:

This policy should be considered for application to ACM publishing of other materials, including:

This policy should be explicitly referenced in any call for papers or guide for submissions for those venues. For example, a call for papers could state, "Authors and reviewers will be asked to indicate their understanding and acceptance of the ACM Policy on Conflict of Interest in Publication when items are submitted and reviewed."

What Constitutes a Conflict of Interest

A COI occurs when a person’s objective judgment is — or is perceived by a reasonable observer to be — compromised by an existing relationship, affiliation, or connection to a person whose work they must evaluate.

The following are considered to be specific exemplars of relationships that produce COIs. Individuals in such relationships should not be involved in peer review of, or making editorial decisions about, ACM published materials provided by the related parties.

Identifying a Conflict of Interest

A potential conflict of interest can be identified at any point during the publication process, but when possible, potential conflicts should be determined before acceptance and publication decisions are made. Anyone involved in this process can identify a potential COI and request that COI to be evaluated and managed, including but not limited to:

All content creators bear primary responsibility for providing complete and honest information about COIs in their submissions and as otherwise requested. In particular, content creators should explicitly note any support they have received or are receiving that might be viewed as having an influence on their submitted content.

Possible conflicts should be reported to the individual in charge of the venue involved (e.g., editor or program chair). In the case that the individual in charge is also conflicted, then conflicts can be reported to a predesignated alternate or to the ACM Director of Publications. A best practice would be for there to be one or more predesignated alternates identified and publicized in advance of any potential need for reporting.

Managing a Conflict of Interest

If a potential conflict of interest in reviewing is identified, the party or parties should note this, and then recuse themselves from any further deliberation or decision-making.

If a potential conflict involves one or more of the content creators in the reporting of their work (e.g., source of support, employment), that conflict should be explicitly noted in some way in the content, so that reviewers, editors, and (eventually) readers will see it. For instance, a footnote could be placed on the first page noting the nature of the COI (e.g., "The second author has received research funding from Corporation X which makes Product Y, described in the text.")

In cases where COIs in reviewing are unavoidable (for example, in specialized communities with small reviewing pools), those conflicts should be fully disclosed to cognizant personnel (e.g., to editors, PC chairs, the Director of ACM Publications) who are in a position to advise, remediate, or mitigate any conflict. A COI can be managed in this way so long as the conflicted person is not directly responsible for decisions in the peer review process.

Double-blind reviewing may help to reduce - but not eliminate - reviewer COIs. Editors and program chairs may consider this as a practice but should also be aware it may raise other problems related to COIs.

In all cases of identified author COIs, reviewers and those in a decision-making role should take extra care in evaluation to ensure that what is reported in the submission has not been unduly influenced by the COI.

If a COI is suggested or identified, it should be addressed as follows:

Before or During Evaluation
Senior reviewer (for example EiC, Program Chair) determines if there is a valid review conflict and if so, reassigns any reviewer found to have a COI or who reports a potential COI. If the COI is alleged for the Editor or PC chair, the decision is delegated to an appropriate alternate, as per the above. Evaluation proceeds as usual.

After Evaluation (Rejected, or Accepted before Publication)
Senior Reviewer (for example EiC, Program Chair) determines if the identified COI influenced the reported results or the publication decision and may reopen the evaluation or remove the item from publication. If the COI is alleged for the Editor or PC chair, the decision is delegated to an appropriate alternate.

Published Content
The matter should be reported for investigation (see below). After investigation, a determination that a COI existed for an item that has been published may result in the item being retracted or removed from the ACM Digital Library and replaced with a posted notation that a violation of COI policy was the reason.

In each of these cases, the outcome of the determination will be reported to the parties identifying the potential COI.

Knowingly and falsely asserting a COI — e.g., to prevent or alter peer reviewing, to discourage appropriate editorial oversight, or to seek disadvantage of another — is a violation of the ACM Code of Ethics and this policy.

Knowingly hiding or falsifying a stated COI is a violation of the ACM Code of Ethics and this policy.

Any violation of this policy should be reported (see below) for investigation by the Publications Board Ethics and Plagiarism Committee. A referral to the ACM Committee on Professional Ethics (COPE) may also be made.

Alternate COI policies that differ from this one must be submitted to the ACM Director of Publications along with a detailed rationale. Requests will be reviewed, and if approved they must be published in advance of any application of that revised policy. Approved deviations can be applied at the SIG or conference level.

For example, a conference may seek a more restrictive review COI policy by including cross-reviewing (reviewing or supervising reviews on an item for which the reviewer has a submission in the same venue on the same general topics) as a COI, or increase the 2-year exclusion to 5 years.

A less restrictive policy than this one will only be considered in special cases, backed by extraordinary reasons. The request must explicitly describe how resulting COIs will be remediated.

Decisions by the Director of Publication regarding COI variations may be appealed to the Publications Board Committee on Ethics and Plagiarism, whose majority decision is final.

See also the discussion under "Managing A Conflict of Interest" about unavoidable, single deviations from the above examples.

The ACM Director of Publications should be contacted for any

Or via email:
publication-policies@hq.acm.org
RE: Publication COI Issue

ACM's prestigious conferences and journals are seeking top-quality papers in all areas of computing and IT. It is now easier than ever to find the most appropriate venue for your research and publish with ACM.

Many papers published in ACM's Journals hold great value to software engineers interested in staying at the top of their field. The papers in this collection were selected for their relevance to practitioners who strive to build the software that will shape the future. 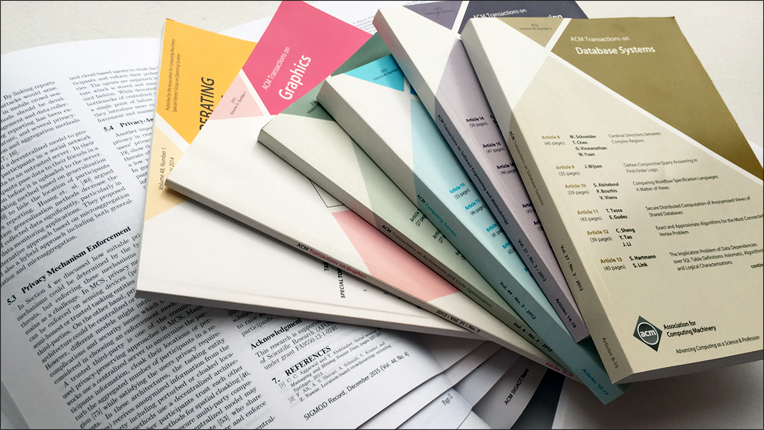 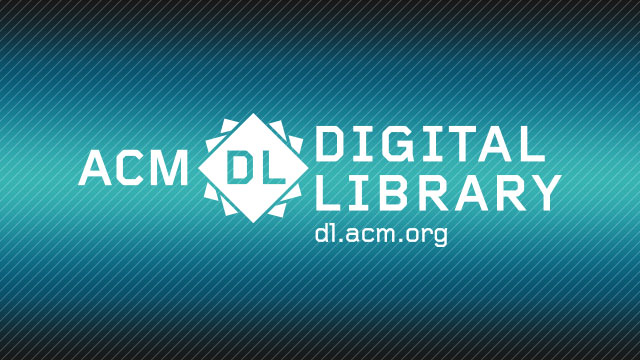 New Options for ACM Authors to Manage Rights and Permissions