Governance Structure: Proceedings of the ACM

Proceedings of the ACM is a journal Series parallel to ACM Transactions and the ACM Journals. Accordingly, the oversight of the Series lies with the ACM Publications Board, and the tenets of ACM’s Rights and Responsibilities in Publishing apply to the new Series.

Within PACM are individual journal Titles. A title is a particular themed journal in the Series that publishes the research articles accepted by a set of affiliated conferences. Each Title has a name beginning with “Proceedings of the ACM on” followed by the topical theme of the Title. Each Title will have its own ISSN and will be submitted separately for indexing, impact factor calculation, etc.

Proceedings of the ACM has a three-level Governance Structure:

*Removal actions would only occur after other alternatives have been explored and failed.

The Publications Board also reserves authority over issues common to all ACM journals or publications, including handling matters such as:

The PACM Steering Committee (SC) is a committee of the Publications Board charged with oversight and operation of the PACM Series. In particular, the SC is charged with:

Representatives shall be nominated for two-year terms (renewable up to a three consecutive terms) by the Editorial Boards of the Titles except that in the case where a Title is limited to conferences sponsored by a particular SIG, the Title’s governance may designate that the SIG nominates the representative. When there are more representatives nominated than the slots available, the nominees shall be selected based on which Title has had the longest period without representation on the SC (at start-up, the representatives will be allocated to the earliest-approved Titles).

Each Title Editorial Board is responsible for the management of its Title, including:

PACM Titles shall be established through a proposal process, with proposals submitted to the PACM SC for review and eventual approval by the Publications Board. Proposals shall identify the Title, its scope, and a set of initial affiliated conferences. The proposal must document the conferences’ eligibility (including an established track record of quality). The proposal shall also include details on the operation and governance of the Title. Agreement of conference steering committees or sponsoring SIGs must be documented before a PACM Title can be approved.

Before submitting your proposal, you will need to ensure that your conference adheres to the criteria outlined under PACM Guidelines and PACM Governance. These guidelines will provide insight into the specifics of the program and what is required to participate, including the structure of the journal editorial board, submissions systems, access, and promotion.

If your conference has an established record of high quality, judged by standing in the field, citations, and other measures used by the PACM Steering Committee, you may consider applying for inclusion in the PACM journal series.  The application guidelines serve as a template for what to include in a PACM proposal. The Steering Committee will review the proposal, work with the proposers on potential revisions, and then decide whether to forward a proposal to the ACM Publications Board for final approval. 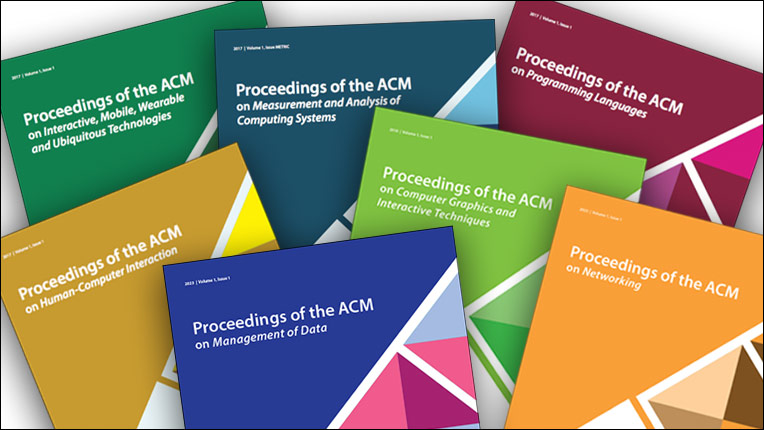 Once a proposal has been approved, your production team will need to be assembled. Detailed instructions for PACM production vendors are found in the PACM production guidelines and required metadata documents. ACM templates must be used by authors to ensure a uniform look to the journals program.

The PACM Steering Committee is charged with PACM oversight and operation. However, each PACM journal will have an Editorial Board structured according to its own proposed and approved governance system. The ACM Publications Board has ultimate authority over the PACM Series and each of its titles.

Proceedings of the ACM on Human-Computer Interaction (PACM HCI) is a journal for research relevant to multiple aspects of the intersection between human factors and computing systems. PACMHCI covers a broad range of topics and methods that help illuminate the intersection between humans and computing systems. The scope of this journal includes research contributions in new systems for input and output, studies of user experiences with computing systems, scholarship on the individual and group effects of computer mediation, and societal impacts of new human computer interactions. 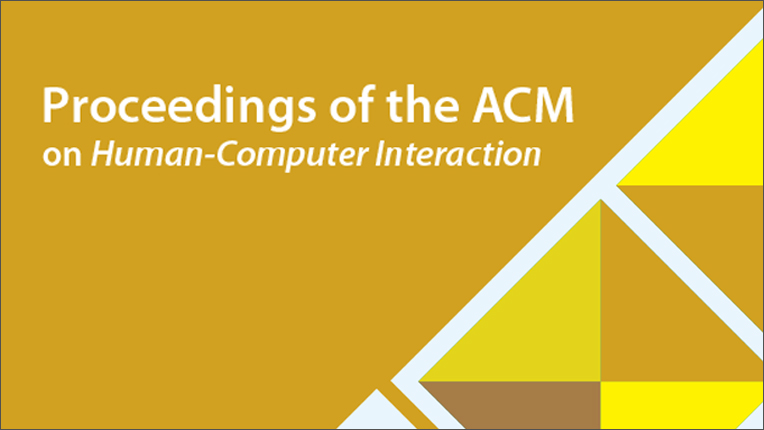